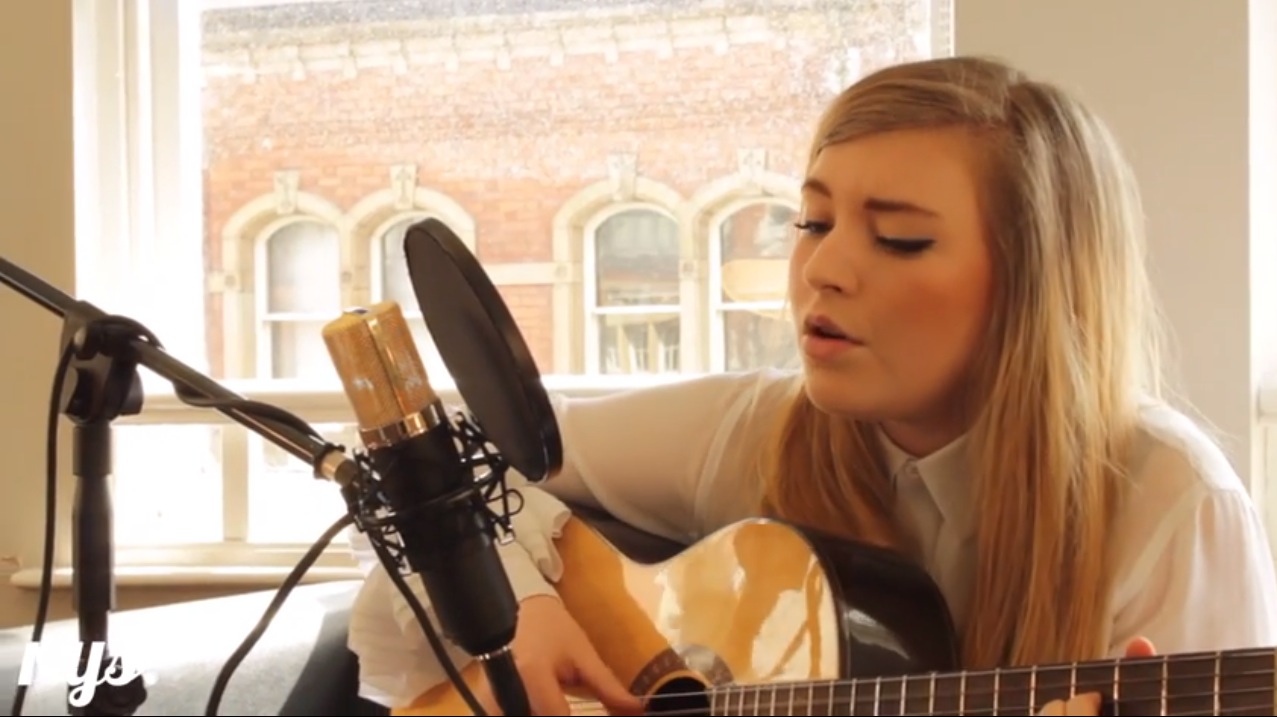 Today, 2 June, is the Festa della Repubblica, Italy’s National Day. So for my Italian readers (and everyone else too!) here’s a song from Naples performed – in the Neapolitan dialect – by my daughter, Olivia.

“Reginella”, written in 1917 by Libero Bovio and Gaetano Lama, is a bitter-sweet song about lost love and innocence. The singer sees his old love, his Reginella, walking down the street with her chanteuse friends, speaking in French. She’s wearing a low-cut dress and a hat adorned with roses and ribbons. Wordly, and no longer the girl he once courted, when they lived on bread and cherries – and kisses (“oh, what kisses!”).
He tells Reginella’s caged goldfinch to fly away, just like Reginella did. The cage door is open, he says, so fly away and find a mistress with a true heart, who deserves to hear you sing.  We don’t love each other any more, he sings in the chorus, but sometimes, he thinks (hopes), when Reginella allows her mind to drift, she still thinks of him.

Olivia is a singer-songwriter who’s just finished her second year at Leeds College of Music, where’s she’s studying popular music. She’s classically trained too, having been a member of the Royal Scottish National Orchestra Junior Chorus. Olivia’s working on an EP, but in the meantime if you’d like to hear some of her own songs you can find her on YouTube. She’s bilingual in Italian and English. But not in Neapolitan, which she learned to pronounce for this song (the recording was a birthday present for her Dad, Vito).

When Olivia and my son Harry were born, the bureaucrats at the Anagrafe (public records office) in Rome wouldn’t allow us to give them a double surname (ie Dougan Naio). So we gave both of them my own surname, Dougan, as a middle name (and even that was a struggle with the unhelpful staff at the Anagrafe). The Naio surname is quite rare – Vito was the only “Naio” in the Rome phone book when we lived there, and the only other Naios we know are his brother, his sisters, and his nephew and nieces. If you happen to know anyone called Naio, please let us know in the comments (if you can – the comments function seems to be playing up).

Language, music and me by Elisa Bonora