Gifted in translation (2): The Arabian Nights 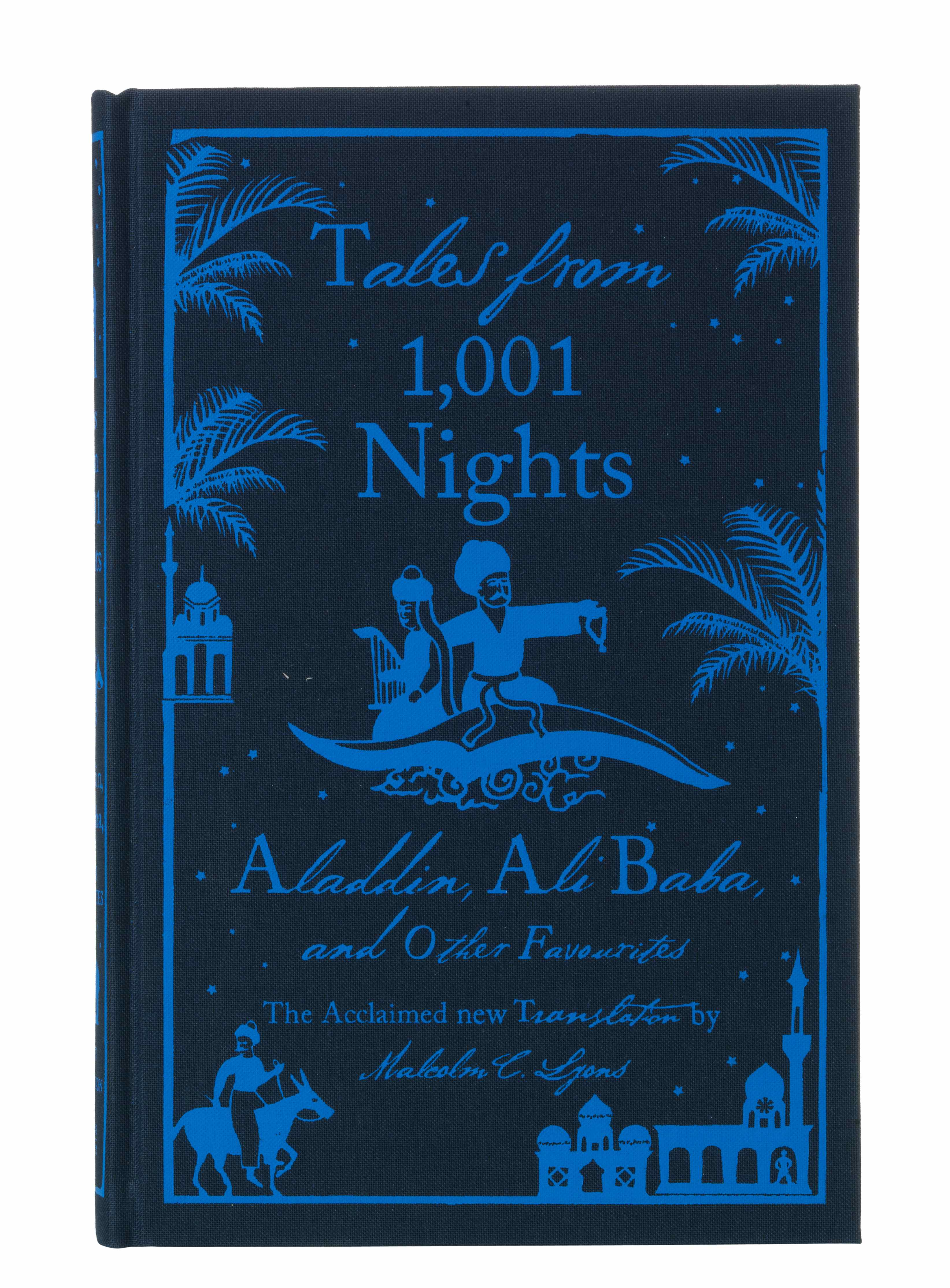 Earlier posts this week were about books in translation and books designed by Coralie Bickford-Smith.

Coralie also designed Penguin’s Limited Edition Clothbound Classic version of The Arabian Nights, translated by Malcolm Lyons with his wife, Ursula Lyons. The Limited Edition version is no longer available (unless you have over £600 to spend on Amazon). But the edition shown above is now available from Penguin.

For those of you interested in the translation, as well as the lovely cover, here’s an excerpt from James Buchan’s review in the Guardian, from December 2008, of the limited edition publication:

English translations were made by Edward William Lane (from Bulaq), and John Payne and the traveller and explorer Sir Richard Burton from Calcutta II. The translations by Lane and Burton are laden with ethnographic commentary of truly 19th-century character. Whereas Galland was interested (like his readers) in improving tales of virtue and sentiment in a commercial setting, Lane expounds on costume and burial customs and Burton on the African penis. (Partly to keep clear of the Obscene Publications Act, Burton printed his 16 volumes in 1885-87 for private subscription.)

The Lyons have also used for their translation Calcutta II. I can best recommend these volumes by way of a comparison with Sir Richard Burton. Here is the old reprobate attacking a difficult passage in “The porter and the three ladies”:

“Behold, there stood before him an honourable woman in a mantilla of Mosul [footnote] silk, broidered with gold and bordered with brocade; her walking shoes were also purfled with gold and her hair floated in long plaits. She raised her face veil [footnote] and, showing two black eyes fringed with jetty lashes, whose glances were soft and languishing and whose perfect beauty was ever blandishing, she accosted the Porter and said in the suavest tones and choicest language, ‘Take up thy crate and follow me.'”

Here is the same passage in the Lyons’ translation:

“A woman came up to him wrapped in a silken Mosuli shawl with a floating ribbon and wearing embroidered shoes fringed with gold thread. When she raised her veil, beneath it could be seen dark eyes, which, with their eyelashes and eyelids, shot soft glances, perfect in their quality. She turned to the porter and said in a sweet, clear voice: ‘Take your basket and follow me.'”

The improvements are clear. The Biblical language in Burton, with its ludicrous echo of the Pool of Bethesda (“Take up thy crate”) has gone, along with the superfluous Latinising (“mantilla” for shawl) and the faerie English (“purfled”). Gone too is any attempt to reproduce the Arabic rhyming prose known as saj (“broidered/bordered”, “languishing/blandishing”) and the prurient or speculative footnotes. The Lyons are clear as water at the expense of a very slight flatness (“perfect in their quality”). That flatness or evenness may be the Lyons’ intention, for a reader can put by a dozen of these Nights in a night. The same cannot be said for Burton or Lane or even Galland.

I haven’t read “The Arabian Nights” in any translation, so can only judge by the excerpts above. I like the Lyons’ approach but not all of their solutions: “dark eyes, which, with their eyelashes and eyelids, shot soft glances, perfect in their quality” is flat indeed. What do you think? Has anyone read the book in one of the older translations (or even the new one)?