English, Australian-style: impressions from Down Under

Ruth Webber, a friend and generous source of marketing wisdom, moved from Scotland to Australia earlier this year. So a new city and country to discover, and a new variant of English to explore. Here are Ruth’s first impressions of English, Australian-style.

English as she is spoke in Sydney.

Having been in Sydney all of two months, I can reliably report that we do speak the same language, but there are some colourful variations. You will have heard some of these but hopefully others will be novel:

Larrikin (slang) — young hoodlum or hooligan. The origin is unknown but the term was popularised in the late 19th and early 20th centuries. The term was applied to the large numbers of sporadically employed teenagers and young adults who banded together in gangs or “pushes”.

Rort — a financial impropriety, particularly relating to a government programme.

Tinny, stubby, schooner — can, bottle and 3/4 pint glass of the nation’s favourite drink. Apparently David Cameron is in favour of introducing the schooner to British pubs.

Flat white — there is probably a whole new vocabulary for different styles of coffee, but this is the one I prefer.

Bottle shop — you have to buy alcohol here, as supermarkets don’t sell it (except Woolworths, which has a separate arm for alcohol).

Pokies (poker machine) — what we in the UK would call slot machines. There are moves to reform licensing laws to reduce addiction, as it’s becoming a huge problem.

Salvos — Salvation Army
Arvo — afternoon and “sarvo”, short for “this arvo” e.g. meet you after the game, sarvo.
Balco — balcony

My favourite of these is “rort ” — I can think of so many examples! Has anyone else got examples of  “familiar yet foreign” varieties of English? Share them in the comments — we’d love to hear them! 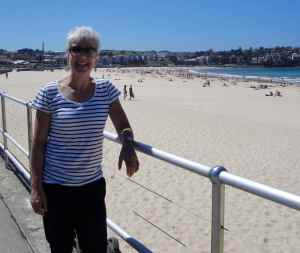 Having spent 23 years running my own marketing consultancy, I’m keen to take up a new challenge in Australia. The kind of thing which interests me is social research or corporate forensic research (my niece is doing this in British Virgin isles), but, as in the UK, it’s hard to enter a new area of business if you don’t have at least three years’ experience.

I will be happy if I find a part time job working as part of a team, doing something interesting and worthwhile — whatever that turns out to be.