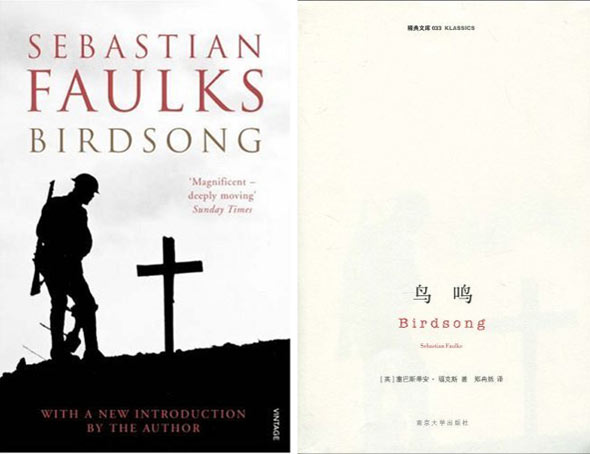 Don’t judge a book by its cover, particularly in France.
Books are routinely given completely different covers abroad, often with baffling results.

This doesn’t just apply to foreign language versions. When I lived in Rome and shopped at the Lion Bookshop, I was often surprised at how different the US versions of my favourite books were from their UK counterparts. Not just in cover design, but in paper quality, size, and overall look and feel.

If you buy a book because it’s had a good review or is a new work by one of your favourite authors, then it isn’t the cover that prompts your purchase. But on the way from bookshelf to till, other books, maybe by authors you’ve never heard of, will be laid out temptingly. Whether or not you pick them up, leaf through them and decide to buy will initially depend on their cover design. The same goes if you’ve just popped into the bookshop for a leisurely browse. 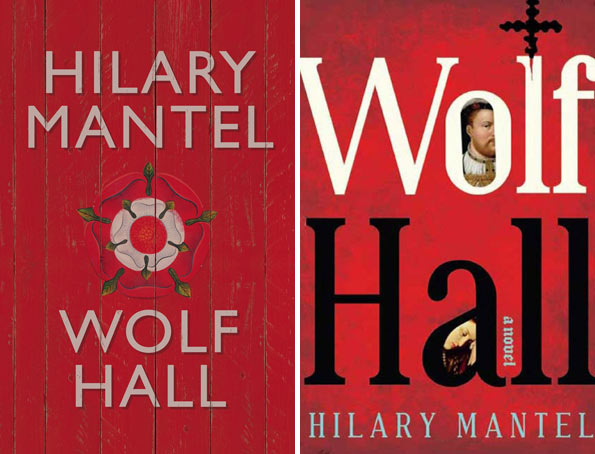 Booklovers tend to think of books as “special” products, but for publishers and booksellers they’re commodities to be marketed and sold – a process in which branding, packaging (covers) and cultural adaptation play a part. Genre publishing has its own visual language – you can usually tell at a glance that a book’s a crime novel, historical romance or family saga. But literary fiction doesn’t have that visual shorthand, so the cover has a more subtle and complex job to do. 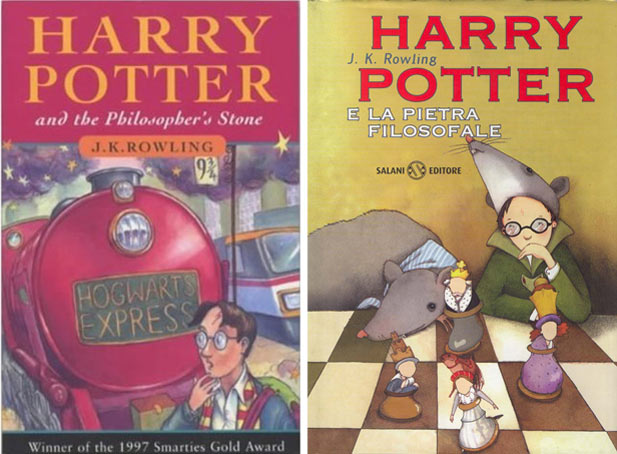 I don’t know enough about Chinese culture and reading habits to comment on the Chinese cover of Birdsong (pictured top right), other than to say I find it mystifying. The UK and US Wolf Hall covers (middle) are clearly related – but cousins rather than siblings, I think. The more opulent US version has more visual clues that it’s a historical novel – the Tudor Rose is maybe too obscure a historical reference for American readers (and for many British ones too!).

As for the Italian version of Harry Potter and the Philosopher’s Stone, what were they thinking of? Why the tastefully muted (dull) colours? Where’s the magic and the adventure? It’s over-intellectualised and alienating and reminds me vaguely of De Chirico: Metaphysical Melancholy for Kids. Of course, the publishers weren’t relying on the cover to sell this book. But surely they could have given it more child-appeal – more fun.

I have to confess that I do often judge a book by its cover. I like book covers – good ones are part of the pleasure of reading. We had a mini clear-out in January and gave some of our books to Oxfam. Some books I know I’ll never give away. But when I was undecided, it was usually the cover that clinched it. With some John Fowles novels I’d had for at least 25 years the spines, black in colour, had cracked. Their coarse paper had yellowed and smelled fusty. So out they went. If I want to re-read John Fowles, I’ll buy his books new or borrow them from the library.

With Mary Hocking, though, I made a big mistake. I had no memory at all of the novel I picked up, or even of whether I’d enjoyed it. But I so disliked the cover (and, I’m deeply ashamed to say, the photo of the author) that the book, published by Virago Press, went straight into the clear-out box. A couple of days later I discovered another Mary Hocking, published by Abacus this time, and with an attractive cover that invited me to re-read and re-discover this novelist. But it was part three of a trilogy… part one of which was by this time on Oxfam’s bookshelves.

So the Observer’s right: it’s unwise indeed to judge a book by its cover, no matter what language it’s designed in.